Why Handbags Are Much More Than an Accessory

From the history and evolution of the handbag, find out why handbags are so much more than an accessory and why they are a good investment today.

So why are handbags so important?

Since its invention, the handbag has become a timeless companion that allows women to store their most precious personal possessions close at hand. Explore the history of the handbag and its status as a modern-day wardrobe staple

The history of the handbag - when were handbags invented?

The world's oldest handbag - a brass clutch with an intricate gold and silver inlay - was crafted in the city of Mosul in Northern Iraq back in the 14th century, while the first handbags for women that we would recognise today were purses worn around the waist in the 18th century. These sought-after pieces were seen as a status symbol and exclusively contained the essentials women carried out in public, most often a watch, money, jewellery and snuffbox (an ornamental container for scented tobacco).

By the 19th century, women's bags had come to symbolise a female's ability to keep her own possessions and her newfound freedom. Before, women might have relied on a man to carry their fan or money, but now bags gave them greater privacy and more control over their belongings.

Bags for the Modern Era

As cross-country travel increased thanks to public train networks, the word 'handbag' came to signify the hand luggage carried by tourists. The demand for practical bags increased during the 20th century and the availability of new fabrics meant that career women could wear large shoulder bags as they made their way to work on the bustling streets of the 1920s. In the 1960s and 1970s, functional details such as zips and pockets were added, creating practical designs that paved the way for the contemporary handbag.

Much More Than an Accessory

If you're wondering how many handbags to own, the average woman possesses 14 handbags; however, curating a smaller collection of classic shapes will ensure that each bag becomes an exceptional and dependable companion. When considering how many handbags you should own, think about the practicality and versatility of each handbag's design. A durable Italian full-grain leather tote bag is an essential style for commuting to the office or heading off on a weekend getaway to the countryside. Handcrafted from the finest Italian full-grain leather, the semi-structured London Tote is a luxurious home from home for your important accessories when you are on the go. 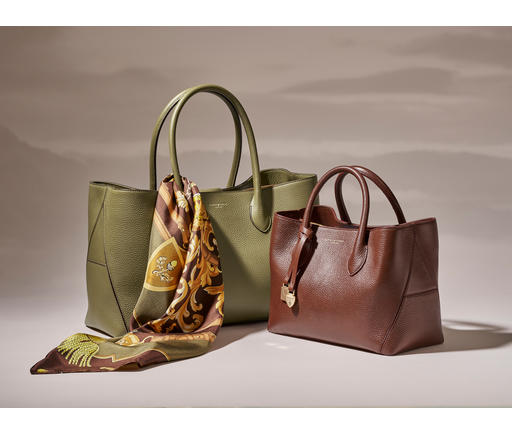 Deluxe handbags not only offer a practical means of holding purses, smartphones and keys; they also add an individual finishing touch to your look. A bag with a vintage silhouette is a faithful style for everyday use and can transition an outfit from daytime shopping trips to evening cocktails. For this reason, the handcrafted Mayfair Bag is iconic, with its timeless structured shape that embraces feminine charm. 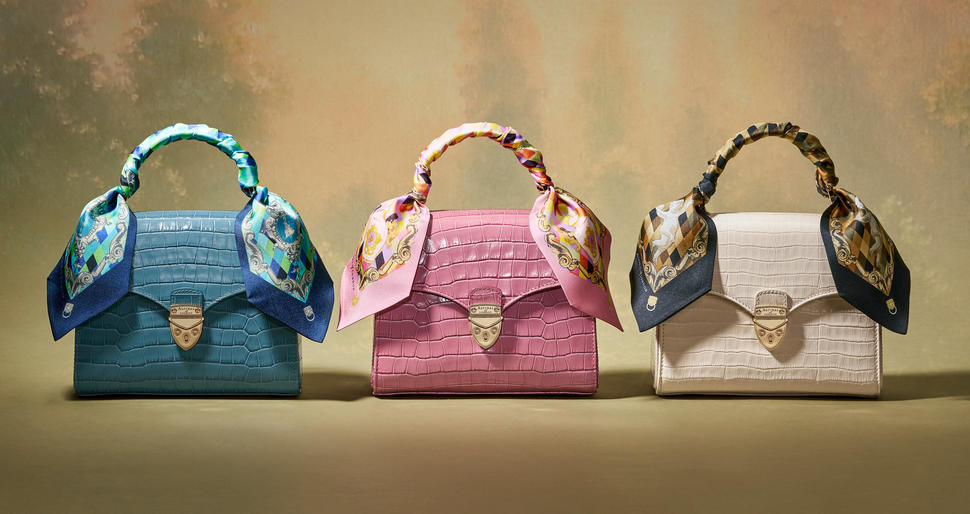 Handbags Made to Last a Lifetime

You may be asking yourself what handbags are a good investment and hold their value? Consider forming a personal capsule collection of handbags made with longevity in mind; these investment pieces will carry you through the season's thanks to their unparalleled quality. Aspinal's covetable handbags are lovingly handmade by master craftsmen using luxurious leather that is ethically sourced from the finest Italian and Spanish tanneries. Conscious, sustainable practices are at the heart of our designs and by caring for the leather, your handbag will remain a wardrobe staple year after year.

With meticulous attention to detail, the Lottie Bag is handcrafted from the finest Italian full-grain leather. Its signature letterbox closure makes it an elegant style that is suited to both a catch-up with friends over an indulgent brunch and a romantic candlelit dinner with your beloved other half. The Florence exudes vintage charm thanks to its structured silhouette and the innovative design incorporates deluxe Italian hardware for both a refined finish and for keeping your belongings secure while on the move. 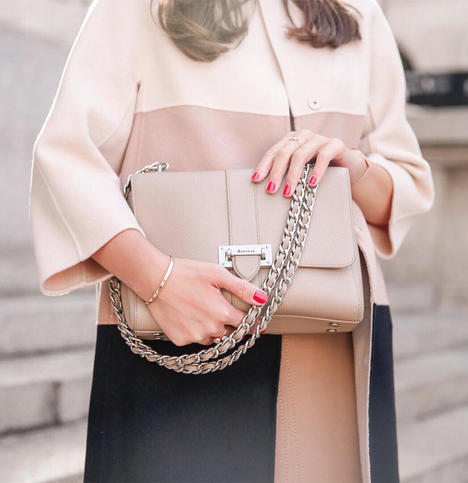 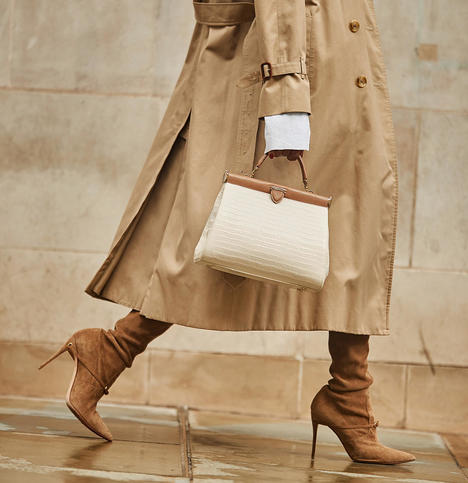 A discerning handbag is one of the most indispensable and desirable everyday accessories, defined by the combination of an exquisite style and long-lasting functionality. Explore our signature bags to discover more sophisticated silhouettes.