What better way to enjoy the great British summer than to have a picnic in the park? These are some of our favourite Places to Picnic in London - don't forget the Pimm's..

Although only 6 kilometres from Trafalgar Square, Hampstead Heath has a sense of tranquility, making it the ideal retreat from busy London life. One of the highest points in the city, the heath boasts an incredible view of the capital.

Hampstead Heath is renowned for it rich wildlife, as well as its extensive sports and recreational opportunities; you will find a zoo, an athletics track, and a children's play area as well as a Lido.

One of London's most famous parks, Hyde Park is visited by millions of Londoners and tourists alike each year. It is one of the capital's eight Royal Parks alongside its neighbour, Kensington Gardens, and is open from 5am until midnight.

Hyde Park has a rich history, and has historically been a centre for demonstrations and protests, as well as a host of concerts. There are five underground stations nearby, including Hyde Park Corner, Knightsbridge, Queensway, Lancaster Gate and Marble Arch.

The huge park is the perfect place for a picnic, but also offers activities such as boating and tennis, as well as open water swimming (if you're feeling brave).

Famed for its vast green spaces and flourishing deer population, Richmond Park is the largest enclosed space in London, and the largest of the 8 royal parks.

A beautiful park with a fascinating history, Battersea Park dates back to 1846 when the area was a popular duelling spot.

Battersea Park has lots to offer, including a boating late, cricket pitches and a bandstand. The park also hosts outdoor cinema screenings, the perfect way to spend a summer's evening.

Where are some of your favourite picnic destinations? 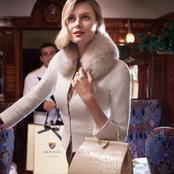